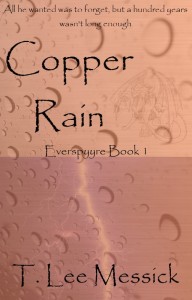 It appears that I might have skipped a topic in the original list I published not too long ago. Or did I? I actually wanted to add this after introducing the logline so that it could be seen that it isn’t all that easy. If it was, then congratulations, you have a narrow enough topic that will take you to 50,000 to 100,000. For the rest of you, it just means that you’re going to have to narrow your topic a bit.

Sometimes–actually, more often than not–we get into a writing topic that is just too broad to cover in a limited set of words. Let’s go back to our days of high school where you were told to write a term paper on any subject you wanted. In your mind, you either sank down in your seat or you jumped for joy that you weren’t restrained by rules and such. Ok, so maybe neither of these but something close, right? The point is, you thought that since you could write about anything you wanted, it would be easy. Not so easy, was it? The teacher knew what he or she doing for that assignment because he or she was looking to see if you could pick a topic narrow enough to put into a rather short assignment. Yes, to me a few pages is a short assignment.

Sometimes–actually, more often than not–we get into a writing topic that is just too broad to cover in a limited set of words.

Most of us felt like Ralphie on A Christmas Story about to write a themed paper about his Red Ryder BB Gun. We sit down wherever we sat for our most serious assignments and proceeded to pound out a few words only to realize that–though, in my mind it was a book, probably yours too–we’d only put “The”. Scary isn’t it? That little three letter word. Usually it is followed by a bunch of blank lines. Our brains turned off and decided that the space was simply too vast to move forward. Why was it so hard? In my case, I loved soccer! So should everyone else. There was so much to talk about and I could only write it in one page? Easy, right? The problem here is that, aside from my lack of planning, my topic was way too broad.

This is why we work things out before we sit down and write. Not all of us can pull a story from the air like Stephen King and sell it for a million dollars. To be honest, I’m a planner. Not the Terry Brooks kind of planner who must have meticulous notes of every detail, but quite a bit, if I’m honest with myself. Part of the planning is taking that lovely topic spinning around in our heads and narrow it down to something useful, meaningful, and interesting.

In the previous post, I was able to take my dream and make it fit into a single line so that I might be able to sell it to a potential agent, publisher, or buyer. Because my dream was focused and very vivid (yes, I have very vivid dreams), I was able to come up with a focused topic rather quickly. Let’s say that it wasn’t so focused and something nebulous like a zombie love-story.

Talk about broad! How about we knock that down a bit because there are a million ways to go with that. Who is going to be in love? Zombies? A zombie and a regular human? Is it in our world? It could be in a fantasy world. An elven zombie and a gnome girl? Maybe he’s just magically cursed to be a zombie until someone falls in love with him–doomed to roam the world in a mindless stupor. Actually, I kind of like that one. This is where my favorite game come into play. What if?

That’s such a powerful game. What if? When I’m writing, I tend to play it in my head while I trying to whittle down ideas into something I can use. I even played it while I was writing this.

Now that we narrowed down that topic, let’s go back to my first topic: Soccer. Like I said before, I given plenty of license to write about whatever I wanted. I wanted Soccer. There are so many things that can stem from that little six-letter word. First, you could talk about the World Cup national teams, but what about the Gold Cup, Europa Cup, Americas Cup. Oh, and then there are the clubs. You have English Premier League, Serie A, La Liga, Bundesliga, the Turkish league, and a whole world of minor leagues throughout. We could talk about players, but which ones? The famous ones? I mean we could talk about Lionel Messi or Cristiano Ronaldo, but what about number the number 10 himself, Pele? What about the coaches? Most of them were players once: Zidane, Maradona (he was a coach for Argentina a few World Cups ago), Pep Guardiola, or Jose Mourinho. You see how big that is? Volumes of books could be (and probably have been) on any one of those subjects. So we must come up with something a bit narrower.

Even though that subject is non-fiction, the same thing can happen to subject that are too broad in fiction. The tighter, more focused your idea, the easier it would be to nail down the important details that make it work for you. Again, my ideas tend to be more focused because I have already experienced them in my dreams. I already know exactly what I want to write about in that sense. Now, the details are still a little fuzzy, but I know that I have a bugbear who has seen too much and three main characters that need to help him find a way back home.

I hope this has been helpful and that you’ll continue with me on this journey in writing a novel. If you have any questions or concerns, want a specific topic covered, just leave a comment below or you can email me at tleemessick@yahoo.com (I know, hard to remember, right?) I’ll do my best to answer your questions (as long as they’re writing related). As always, Happy Writing!